Deprecated: Function get_magic_quotes_gpc() is deprecated in /home/customer/www/geomancy.org/public_html/plugins/system/jhackguard/jhackguard.php on line 139
 Mid-Atlantic Geomancy - Back to England 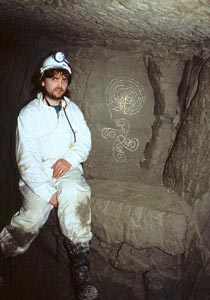 I first met Jeff Saward in the late seventies and early eighties when his magazine, “Caerdroia,” was in its infancy. This magazine, with its focus on labyrinths, was very supportive of my work in Nazca, Peru, where the labyrinthine figures are to be found scratched in to the surface of the Pampa Ingenio. It was in 1983, when I met Jeff at a Samhain Earth Mysteries Gathering in Glastonbury that our relationship and connections began to grow. His support and his graphic contributions made my

“Labyrinths: Ancient Myths & Modern Uses” possible. Jeff and I have since worked together on numerous occasions, especially on various projects with The Labyrinth Society(TLS). We were founding members of that Society, and today, both Jeff, and his wife Kimberly (who is President of TLS) continue to be active members of that international society. Labyrinths are important sacred spaces. I suspect that many more of these single path magical tools have been built in the last ten years than all other new sacred spaces combined. Jeff's pioneering efforts and his on-going work in this field make him, as far as I am concerned, the world's leading expert on labyrinths. 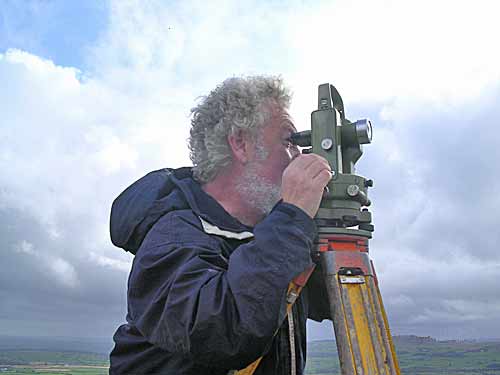 Robin Heath is among the second generation of Earth Mystery people like myself. He is primarily known for his work in Archaeoastronomy and sacred geometry, following up and confirming the work of Alexander Thom, and explaining Thom's paradigm-breaking ideas to people other than academics and archaeologists, who did not believe that Neolithic Man was intelligent enough (or should I say, was too primitive) to have developed sophisticated geometry, the Megalithic Yard and the astronomy that Thom discovered in his seminal work in the stone rings of the British Isles. Robin's book Alexander Thom: Cracking the Stone Age Codewas published by Bluestone Press, St. Dogmaels, Pembrokeshire, Wales in 2007 (ISBN978-0-9526151-4-9) is a must read for anyone wanting an excellent first book on archaeoastronomy. 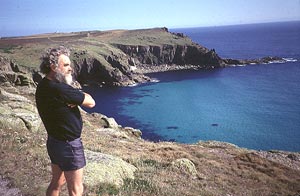 Hamish Miller made his initial mark in dowsing with his book (along with Paul Broadhurst) “The Sun & the Serpent.” Using one L rod he made himself at the forge (he's a blacksmith among other things), he set out to follow John Michell's Michael Line, which runs from Carn Les Boles in southwestern Cornwall, up through important sites in Bodmin Moor and a number of Michael Churches, including Brent Tor on the northwestern edge of Dartmoor, up through Burrowbridge Mump, Glastonbury Tor, Avebury Stone ring, and on up to the northeast. Hamish found the line wasn't straight – as he had expected. Instead, it snaked about, and he then realized that there were two lines he named “Michael” and “Mary”. Hamish has gone on to explore another long line, the Apollo Michael line, that runs from Israel, up through numerous Apollo sites, then Michael sites, like Mont St Michel and Michael's Mount on to Skellig Michael off the coast on southwestern Ireland. (Sadly, Hamish died in 2009)