Deprecated: Function get_magic_quotes_gpc() is deprecated in /home/customer/www/geomancy.org/public_html/plugins/system/jhackguard/jhackguard.php on line 139
 Mid-Atlantic Geomancy - The Appleton

A Way to Dance the Labyrinth

This activity was "invented" by Jon Appleton and his then partner who discovered it by accident in an outdoor temporary Classical Seven Circuit Labyrinth in a field in Exmoor in Somerset County, England. In his honour, it is called "The Appleton." 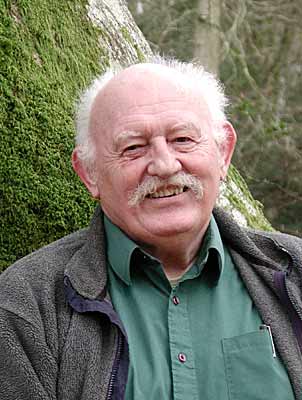 Notice the paths are numbered from 1 to 7 from the outside in. The Goal is number 8. You will be able to follow these instructions better if you have this drawing infront of you.

The Appleton is done by a group of people - it doesn't really matter how many as long as there are an even number. I have done this with a hundred people, but it will work fine with a dozen.

Have everyone find a partner. (it works best to start this way as one of the most amazing aspects of the Appleton is that partners end up with each other!)

Stand in two rows at the mouth of the labyrinth - from above, it would look like a lollypop with the two rows being the stick.

Row A goes in first. Have each person in Row A wait until the person in front of them has walked about half way around path # 3 (the first path). Then the next person in row A goes in. This continues until everyone in Row A has gone in.

The first person in Row B waits until their Row A partner has gone into the goal and is coming out, and is walking toward the mouth on path 7. His/her partner from Row B then walks in and takes her/his partner's (from Row A's) hand.

They then can walk a surprising number of paths together holding hands - one is going in and the other is walking out, yet they are walking together! When the Row A partner gets to the final turn on path 3, their Row B partner, who is on path 2, turns to path 1 and continues on towards the goal.

Meanwhile, the Row A partner lets go of their hand, and walks out the mouth. S/he then walks to the end of the Row A line/queue.

Assuming that there are an even number of people doing the Appleton, when their Row B partner is walking out from the goal, and is on path 7, their Row A partner will again be at the head of the Row A queue, and ready to walk the paths together again!

Notice how long the partners can walk together - even though they are going in opposite directions - one out, and the other in! This graphic is the pattern for just two dancers. It begins with one going in to the centre and the other waiting at the mouth. This animation begins when the first person has already reached the goal, and is starting out again. It ends with the suggestion that this dance can be done by a number of couples starting by standing in two lines at the mouth.

Etiquette: Couples walking clockwise (when viewed from above) lift their arms when meeting couples walking in a counter-clockwise direction who then go under them.

This can go on as long as you like.

Hint: I find it is helpful for someone to stand at the mouth to direct traffic (some get confused, and it can help keep things running smoothly).

When two couples meet, the couple who are walking clockwise (when viewed from above) raise their arms and allow the counterclockwise-walking couple to go underneath.

It's nice to do this to music. A harp player is especially sweet.