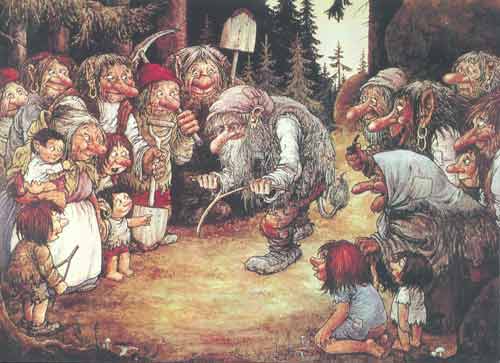 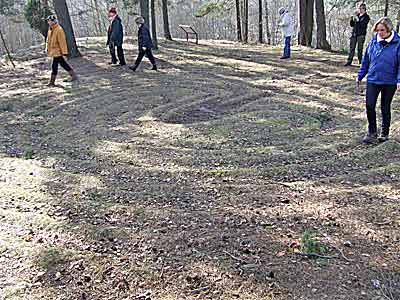 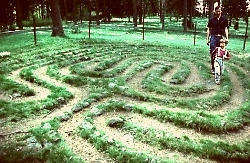 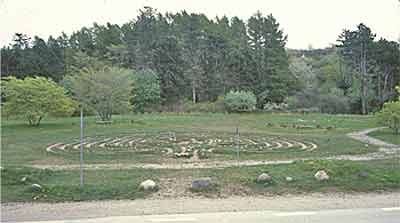 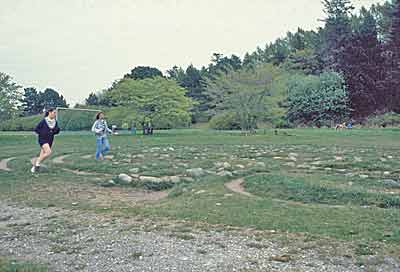 Many see the labyrinth as a birthing instrument. Some have said that there are 272 stones used in the construction of this labyrinth - the same as the average number of days in the human gestation period.

Notice that the Chartres labyrinth is divided into four quarters, and that each of these quarters has seven turns. But see in the animated gif on the right, the path divides itself into four different quarters - inner left, inner right, outer left, outer right.

There is also a labyrinth in the Gothic Cathedral at Amiens, North of Paris in France. This floor plan at Amiens shows its location is similar to that of the Chartres' one - in the nave. Architect and sacred geometer Henry MacLean stands at the middle of the Amiens labyrinth.

Another Gothic Cathedral is Reims, North East of Paris. As at Chartres and Amiens, the labyrinth at Reims is at the same location within the cruciform cathedral. If one see's the building as Christ on the Cross, this would put the labyrinth at His knees. The knees are ruled by Capricorn. According to the Church, Jesus was a Capricorn. This labyrinth is different from the other "Chartres-type" labyrinths in that there are four sub-labyrinths outside. But it retains the essential quarternal nature of these types of labyrinths. 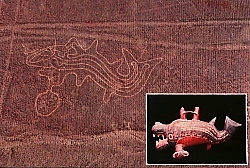 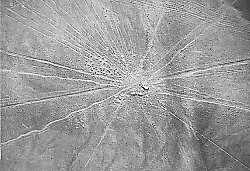 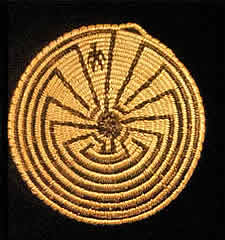 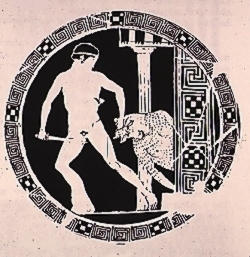 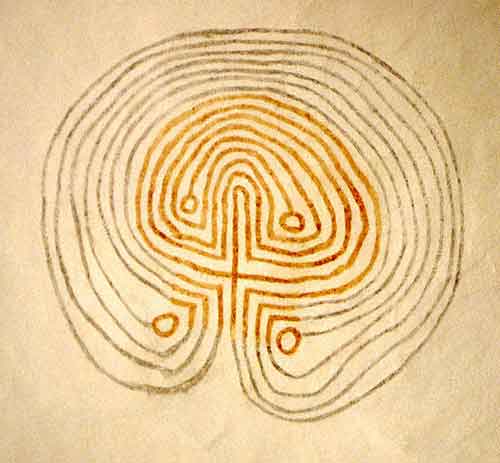