Tom Bender is an architect, strategic planner, visionary thinker, and feng-shui practitioner living on the coast of Oregon in the US. Tom has been at the forefront of the sustainability movement for twenty-five years. In 1971, Bender quietly published a study, "Living Lightly", which showed how the U.S. could reduce energy use by a phenomenal 90% while simultaneously improving quality of life. I first met Tom in cyberspace when we linked our web sites, and had an interesting correspondence. I asked him if he would consider writing an article for us. It's a synthesis of where we are geomantically as we enter the new millennium.

Dowsing: A Path to Enlightenment

Joey wrote an article for our Summer Solstice Issue of the MAG E-zine and Autumn Equinox Issue of the MAG E-zine This is the last in a series of three articles by Joey Korn, all of which are adapted from his book, Empowering Yourself and Working with Nature through Dowsing. The three articles together give a comprehensive picture of this active dowser's recent findings. It you'd like to learn more about Joey's work, visit his Web site . You can order a copy of his book or just communicate with him by email.

A Labyrinth Story at Kay Torrez's Place in SW Arizona

I first met Alex Champion in 1991 at "The Year of the Maze" conference in Saffron Walden in Essex, England. I knew that he was building labyrinths and magical mazes out on the West Coast in California. He is an Earth Magician who can turn a steep slope in to magical winding paths, or can take a small plot of land and transform it into wonderful simple magical maze. There is a longer bio of Alex at the end of this exciting article. As I wrote to Alex, the following is not exactly what I had been expecting, but it sure gives an eye-opening glimpse of the possibilities in sacred space!

Many people want to know what the different kinds of things they might do in a sacred site. There are a number of different ways to become involved. They range from the very scientific to totally intuitive. Here are a few of the ways Sig Lonegren has related so far to just one of these sites - Merryvale Stone Rows in Dartmoor, Devon, England.

Sig Lonegren runs Mid-Atlantic Geomancy, and has been actively involved with things geomantic for over twenty-five years. He has a Masters Degree "Sacred Space," an interdisciplinary study that focused on archaeoastronomy, sacred geometry, and the Earth Energies (as experienced through dowsing). 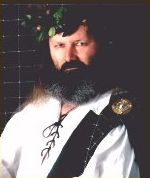 I first heard of Searles O'Dubhain through a mutual friend, the Druidic Teacher and Herbalist Ellen Evert Hopman. She sent me this piece in June, and it has led me on a cyber trail into some very interesting Celtic material. Summerlands is a very interesting and innovative web site that explores all things Celtic in great depth. In this article, I found his comments - especially the archaeological evidence - to be quite fascinating.

Nature Supports Us in Our Efforts

Joey wrote an article for our Summer Solstice issue of the MAG E-zine and asked if he could write another follow-up one. Joey is an active dowser, and took part in a geomantic panel discussion at the ASD Convention in August. He is an active writer, and is about to come out with a new book, "Empowering Yourself and Working with Nature through Dowsing." There have been other articles that have been written about Earth Energies coming to labyrinths. Joey presents evidence of Earth Energies coming to his home. As he says, "Nature works to support us in our efforts by responding to our intent with her energies." This is a rather amazing concept!

Patrick MacManaway continues his work with MAG in this latest article. He is a geomancer with a background in healing and holism and a degree in conventional medicine. He teaches and practices in both Britain and America where he can be contacted at Whole Earth Geomancy, "Healing in Common", 2031 Shelburne Road, Shelburne, Vermont 05482 USA, tel. 802-985-2266, or by email.

I first met Kelley when we were both undergraduate Drama majors at Middlebury College. She has been studying the stars as an astrologer- mythologist for 30 years and an amateur astronomer for 10 years. In the 1980s, we organized and ran a number of "Roots of Astrology" gatherings together. It was experiential astrology. She is a personal consultant, writer, educator and co author of Astrology for Women (Llewellyn 1997), and is currently writing a book on astrology, creativity and healing and telling "Stories in the Stars," in the Caribbean. You can contact her at Kelley Hunter, PO Box 37, St. John, USVI 00831. Voice mail: 1-888-7ALTAIR.; or you can e-mail her.

Of Spirals and Rings: Dispelling Myths and Understanding Nature Through Dowsing

I first met Joey Korn on the Internet, long before the beginning of the bulletin board. Joey has been dowsing for more than ten years, specializing in Earth energy and human energy fields that connect each of us with everyone and everything in the universe. Joey edited and completed his father's autobiography, "Abe's Story: A Holocaust Memoir," which was released in 1995. He is now writing "Drawing Closer to God: How to Bring Mystical Experience Into Your Life, " and will soon be releasing "Empowering Yourself and Understanding Nature Through Dowsing." He lives with this wife, Jill, and their three children in Augusta, Georgia, USA.

Some Thoughts on Ethics

I have known and worked closely with Palden Jenkins for over a decade. Along with my publisher, Jamie George of Gothic Image, Palden organized the first Earth Mysteries Gathering I ever attended for Samhain 1983 at the Assembly Rooms in Glastonbury. In the mid-eighties, he instigated OakDragon, which runs ten day outdoor camps that are universities of the trees. He is an author, editor and teacher living in Glastonbury, England, and now runs the Hundredth Monkeying inner aid project, a growing soul-family of people working in the area of planetary transformation. His latest book ' Healing the Hurts of Nations' is available free on Internet. In this article, "Some Thoughts on Ethics," Palden offers some unusual perspectives about how what we do as geomancers may effect others.

Awakening to the Circle: A Journey Through the Four Directions

I have been working in circles with Diana Griffiths for over a dozen years. Since the early seventies, her connection to the earth and to spirit has taken her on a journey through the teachings of many peoples, the Celtic/Pagans, Native Americans, Chinese and Africans - all share a common belief in the Sacred Circle. She lives in Glastonbury, England and is a teacher, healer and artist; a co-founder of Glastonbury Camps, known now as Oak Dragon Camps , and a lover of nature, music and magic.

Dowsing and Labyrinths: External Tools For Listening to Your Inner Guide

Sig Lonegren - has an MA in Sacred Space from Goddard College in Vermont, is a past Trustee of the American Society of sDowsers, and has spent the last twenty -five years studying ancient tools that enhance intuition. He is the author of " Spiritual Dowsing," "The Pendulum Kit," "Labyrinths:Ancient Myths "Modern Uses," and "The Dowsing Rod Kit." He is now working on a book entitled "Sacred Space & The New Magic." Sig has found that prehistoric sacred spaces can be used as modern tools for spiritual growth and for creative problem solving. He has headed the ASD Dowsing School, is a member of MapleDragon, teaches at outdoor educational camps in Britain for The OakDragon Project and at the Westbank Natural Health Centre in Fife, Scotland, and runs occasional workshops and classes both in the US and in Britain.

The Greek root of Geometry or Geometria means, to measure the earth. It is a grand tradition which can be applied in scale to all constructive form. Seen in everything from a Sunflower to a Galaxy.

"Oh East is East and West is West and never the twain shall meet…". So wrote Kipling of the apparently irreconcilable differences between the Eastern and Western worldviews encountered by the British as they expanded their colonial empire in the nineteenth century.

Speaking about the formation of human civilisation, metahistory, as well as descent of Spirit into matter one should especially consider the subject of humankind's contact with the highest planes of reality.